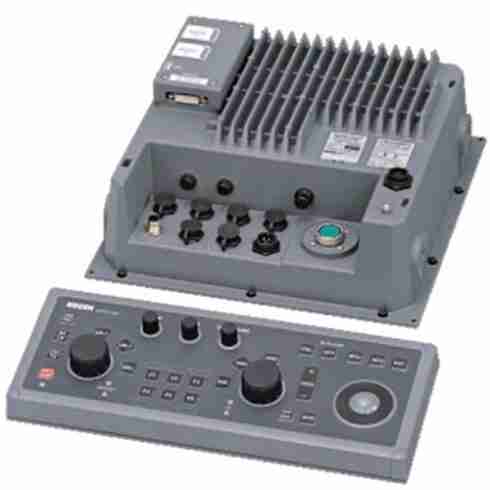 Koden MDC-7000 series Black Box high performance radars from Koden with radar overlay onto C-Map Charts.  The MDC-7000 series consists of the operator control panel, the antenna & the black box processor which is used in conjunction with an owner supplied monitor.

Target Tracking with up to 100 Targets Fitted as Standard
ATA (Automatic Tracking Aid) tracks up to 100 targets.  Vessels being tracked are easily identified with a number and vector line.  Detailed information such as CPA (Closest Point of Approach), TCPA (Time to Closest Point of Approach), Speed, Course etc can be displayed.  If the automatic aquisition zone is set, up to 100 targets entering the zone will be automatically locked and tracked.

1000 Target AIS Interface Fitted as Standard
When connected to an AIS receiver, the MDC-7000 series radar displays information on up to 1000 vessels equipped with AIS transmitters.  Detailed information such as vessel name, MMSI number, Speed & Course can be displayed on up to 3 targets.

True Trail Function
When connected to a heading sensor and GPS moving targets will leave a true echo trail. Stationary targets such as land and buoys leave no trail, even while your vessel is moving.